Just behind Brazil and Mexico, Colombia has become very attractive for FinTechs. The growth rate of the Colombia FinTech industry has reached 60% in 2019  (20% more than the regional average). In addition, it was ranked as the third country in the region that leads FinTech activity.

During 2017, 53% of Colombians stopped visiting the physical branches of their bank in favour to carry out different transactions from their smartphone or computer, according to reports from Colombia’s Financial Superintendence. Thanks to the fast increase of internet access, more than 15 million Colombians will have access to internet banking in the next seven years, the report pointed out.

That’s due to the recent growth of smartphone penetration. According to Statista, in 2018 over 72% of the Colombians already owned a smartphone.

According to Finnovista, there are around 180 FinTech startups, the biggest segment is Payment & Remittances with 27%, followed by Lending with 20% of the total. The digital banking sector still is very small with only 3 startups.

Colombian FinTech innovation has its peculiarities, and some digital services cater for the very unique financial needs of the country.

A good example is DaviPlata, a digital product of Davivienda Bank. Daviplata isn’t a digital bank per se but it has almost all functionalities of a digital bank, plus also functions as a mobile wallet for P2P payments and even mobile phone top-ups.

DaviPlata’s differential is that the user doesn’t need to have an account with Davivienda or any other bank. They just need to download the app and start using it.

To pay bills through the Daviplata app, the user just needs to scan the barcode or a QR code and make the payment. To send and receive money to friends and family, the user just selects the contact on their phone. Daviplata also has the functionality of mobile phone top-up through the app, as most of Colombias have prepaid phones.

Daviplata also branched out to the very profitable remittance market with Daviplata Global. This is an app specifically designed for Colombians living abroad to send money to their families in Colombia.

Only Neobanks: Focusing on Millennials and Centennials (Gen Z)

There isn’t a challenger bank yet in Colombia – with a full banking license – only NeoBanks.

Erick Rincon, president of Colombia FinTech Association, said  “Colombia is prepared to develop neobanks under the model of a traditional banking license.”

This means that newcomers will be regulated with the same rules of the other 26 banking institutions already in the country.

The prominent neobank is Nequi, created nearly 4 year ago and already has 1.3 million users, and they are estimating to reach 2 million clients in 2020. Despite being owned by Bancolombia, Nequi is completely independent, which means that customers can open an account without being affiliated to Bancolombia 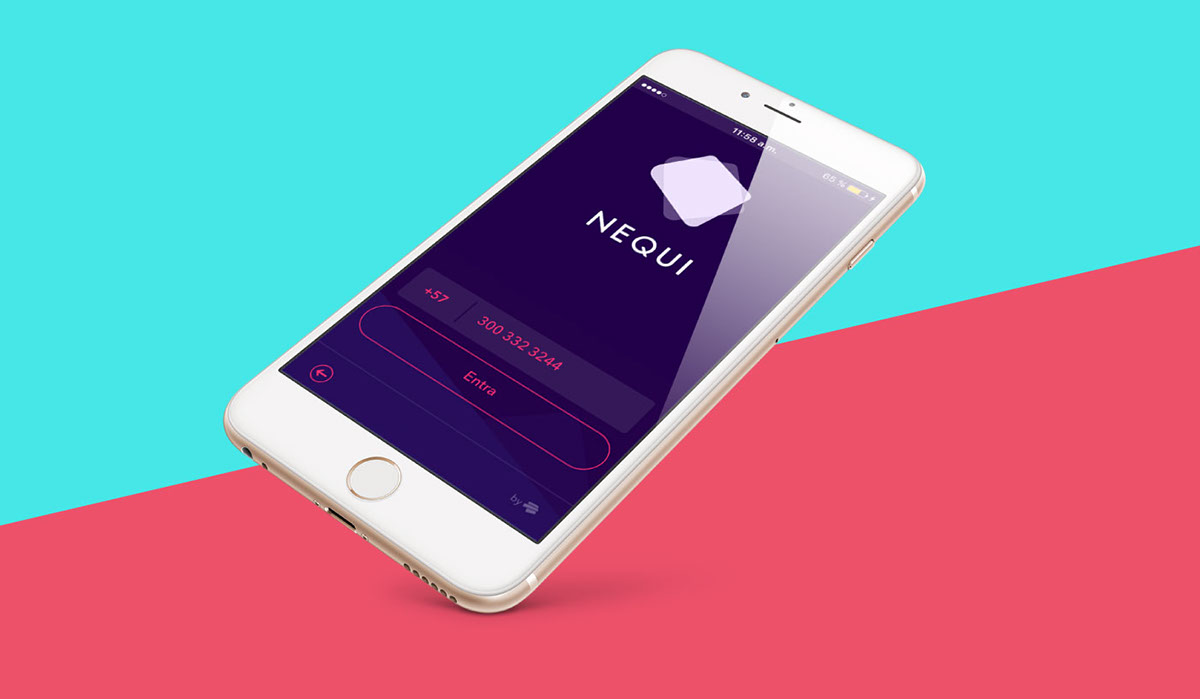 In a recent interview, Andrés Vásquez, CEO of Nequi, said: “When Nequi was launched, in 2016, it created a service category that attracts more new users every day: we were the first to offer a 100% digital service for handling money in the country”. The combination of innovation and consumer trust was the key to the adoption of Nequi in the country.

Another player is Movii, which launched in 2019 with the promise to financially include 5 million people and no handling fees, interest or hidden charges. Movii has a partnership with Mastercard and will offer a prepaid debit card, a savings account, and other payment services like mobile top ups.

“We want all our ‘Rappitenderos’ to start being agents of change and promote in their neighborhoods all the people who are not banked,” said President of Davivienda Efrain Forero. “They have the opportunity to register in seconds and start enjoying financial services thanks to this alliance between Rappi and Davivienda.”

This article was originally published on LinkedIn

Marcel van Oost is known as an independent commentator on FinTech through his blog and LinkedIn.

He is an early stage investor and advisor for several FinTechs and neobanks, and leads a FinTech focussed Angel Investor Syndicate.

Spain surprised to the upside with preliminary June inflation at an annual rate of 10.2%